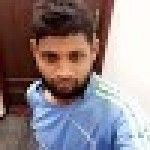 FILE PHOTO: People hold placards during a protest against the arrest of climate activist Disha Ravi, in Bengaluru, India, February 15, 2021.

BENGALURU (Reuters) – Disha Ravi, the 22-year-old Indian environmental activist accused of sedition over a document backing protesting farmers, is as committed to protecting animals from harm as she is to saving the Earth from climate change, her friends say.

Profiled in British Vogue last September, she also – in common with many of her Gen Z peers – likes memes, the Kardashians and Harry Potter, according to her social media profile.

Ravi, a vegan and a member of Greta Thunberg’s Fridays for Future (FFF) movement, has been detained by Delhi police for questioning over involvement in an online campaign guide that the Swedish climate activist promoted in support of farmers protesting India’s agricultural reforms.

The accusation of sedition has triggered demonstrations in the capital and her southern home city of Bengaluru, and disbelief among Ravi’s friends.

“She is extremely nice and accommodative, but takes her commitments (and passions) seriously,” said a male friend from Bengaluru who got to know her through FFF protests.

She is meticulous about following safety guidelines at protests, “urging us all to not obstruct traffic, or do anything that would inconvenience others,” he said.

“It was hard for me to believe she is in this situation, because she is a very friendly, law-abiding person.”

Opposition politicians and activists have labelled her treatment as an escalation of a government clampdown on dissent. A lawyer for Ravi declined to comment.

One Facebook photo shows Ravi, who has been working for a vegan food company in Bengaluru, with a kitten. “I hope I give off the aura to all animals that I am their ally and friend,” she says in a posting accompanying it.

Other online photos show her planting trees, or taking part in clean-up drives around the city.

“The climate crisis is already here. Those in power have congratulated us countless times because ‘we’re going to change the future’,” Ravi wrote in an opinion piece for the Thomson Reuters foundation that she co-authored here in September.

“They choose to ignore that the climate crisis is a problem we are facing today.”

Ravi could not be reached for comment by Reuters for this profile and the friends who spoke about her did so on condition of anonymity for fear of making her situation worse.

She is accused of creating and sharing an online document with an action plan in support of the farmers, part of a police investigation into how a group of farmers stormed Delhi’s Red Fort last month in one of the few violent incidents during the months-long protest.

Senior lawyers and lawmakers have criticised the sedition move, with a former Supreme Court judge saying here the contents of the document neither made mention of violence nor incited violent behaviour.

Some tweaks, some revamps in IPL 2021 auction

Farmers ready to sacrifice one crop but would not let movement weaken: Rakesh Tikait

Conveyed to Indian govt our commitment to protect privacy of personal conversations: WhatsApp

IND vs ENG: Had to bowl like Anil Kumble in Chennai, says Stuart Broad